Disclaimer: This post is sponsored by FitFluential on behalf of Propel. I was compensated and all opinions are 100% my own.

Youâ€™ve seen me mention running through Central Park on this blog, oh, approximately a million times.

If you live here, and youâ€™re a runner, youâ€™re more than familiar enough with Central Park, and its loops. The 72nd Street Transverse is an old friend of yours, and you know just where to get on the Reservoir path or the bridle path. (And you know itâ€™s bridle, not bridal.)

If youâ€™re planning a visit here, those words might have just terrified you.

Hereâ€™s your guide to running Central Park, from someone who is completely map-illiterate, along with distances. 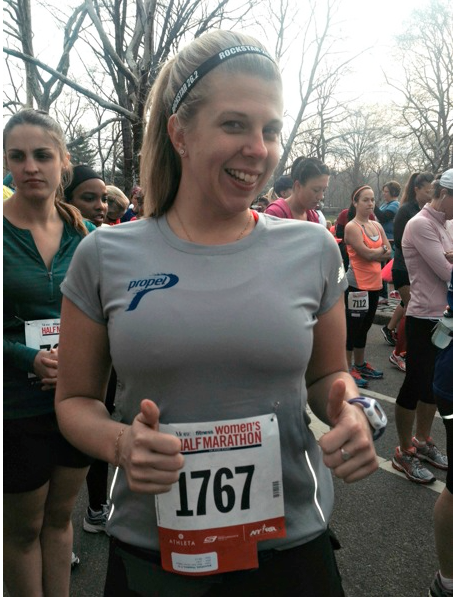 And since the water fountains can be a little finicky, you can always bring your own grape Propel to stay hydrated without adding calories. Save those for brunch! It also has B vitamins for a nice little energy boost, which is awesome when I forget to take my B complex in the morning.  #willrunforpropel 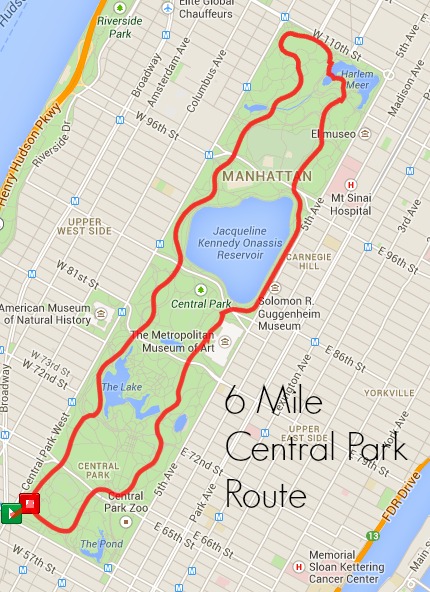 I like to start at the most southwestern corner of the park, at Columbus Circle, and run in from there. Youâ€™ll start at the USS Maine statue (itâ€™s a huge statue with a fountain, hard to miss) and run down a short path to get to the main loop. Central Park runner etiquette: the outside/right side of the road is for bikers/cars, the innermost lane is for those running clockwise, and the middle-ish lane (still to the left of the bike lane) is for running counterclockwise.

From there, I like to run counterclockwise, because you hit a nice downhill right away. Note: if youâ€™re not very accustomed to hills (Floridians, looking at you), this is not an easy route, as youâ€™ll encounter two major hills on your way: Cat Hill and Harlem Hill. Youâ€™ll start ascending Cat Hill on E. 75th Street. (Look to the side of the road on the dividers for the streets – youâ€™ll see them marked as E75, for example.) Cat Hill goes from about 75th Street to 81st Street, and your legs will know it, and your eyes will know it from the cat sculpture up on the rocks to your left.

Youâ€™ll get a nice downhill from there until you start coming up Harlem Hill. (Which is typically met with curse words by most NYC runners.) Youâ€™ll come around the northwest corner of the park and the hill finally peaks around 106th Street. Youâ€™ll see one traffic light, and youâ€™ll know youâ€™re almost there. At the second traffic light, you can breathe easy. Youâ€™re done!

From here, itâ€™s all downhill. Well, sort of. Next up is what we call â€œthe rollers.â€ Theyâ€™re not massive hills like Cat/Harlem, but theyâ€™re still inclines. Thereâ€™s several of them, but theyâ€™re short, and finally take you back to where you started! 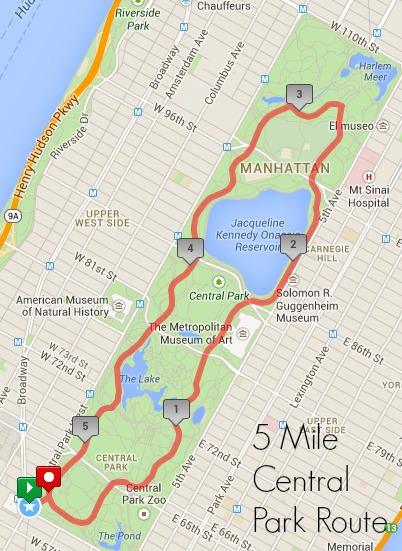 5.1 miles – You can take the same â€œbig loopâ€ of the park, but youâ€™ll see a wide road at 102nd Street, known as the 102nd Street Transverse. If you cut across here, and take a left again at the end, youâ€™ll cut out Harlem Hill and get a nice 5.1 mile loop in. 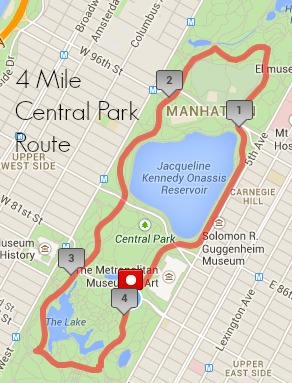 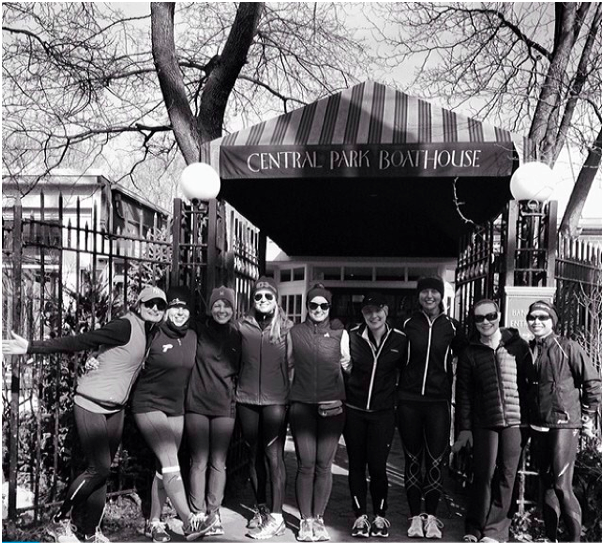 This is the route my Junior League group takes. You get Cat Hill and a few of the rollers on the west, but you cut out Harlem Hill. 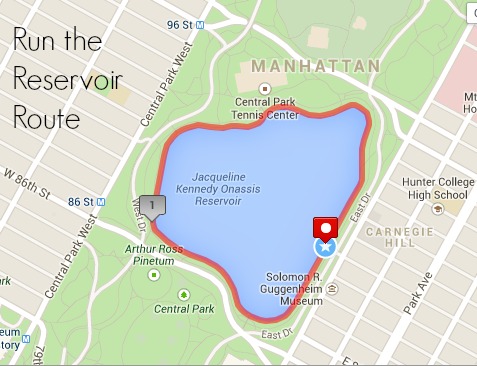 1.5ish – Reservoir. Enter at E. 90th Street, head to the water, and go counterclockwise. This gravel path is much, much easier on your knees and gives you great views. 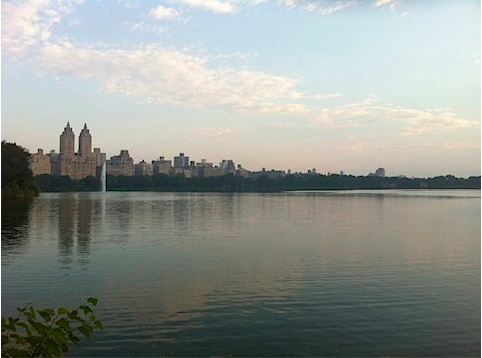 This site uses Akismet to reduce spam. Learn how your comment data is processed.

Hi! I'm Theodora. I started this blog to talk about weight loss, but now I talk about mental health, grief, fitness and how diet culture is BS. I'm real fun at parties.

Chicago Marathon 2010!
NYC Marathon 2011!
Marine Corps Marathon!
It's Okay to Ask for Help.
My Running Story
How I Started to Love Yoga