Disclaimer: This post is sponsored by FitFluential on behalf of Propel. I was compensated and all opinions are 100% my own.

My first few years in New York, I lived way downtown in the Financial District. While it wasnâ€™t exactly the most happening place for a young, single girl, there was a certain peace about it. When I got off the subway at night to walk home, things were blissfully quiet compared to the craziness of my work â€˜hood in Midtown.

And most importantly, I was just steps from the water. This is when I both started and fell in love with running. In less than 5 minutes, I could be on the waterside path and take my pick of running up the east or west sides of the city. OR I could run over the Brooklyn Bridge.

As a runner, you get to see layers of the city not everyone else sees. Most non-runner NYC residents probably think of the Brooklyn Bridge as another kinda cool but kinda touristy landmark that they generally want to stay away from. Me? I think itâ€™s a beautiful pathway and challenging workout. 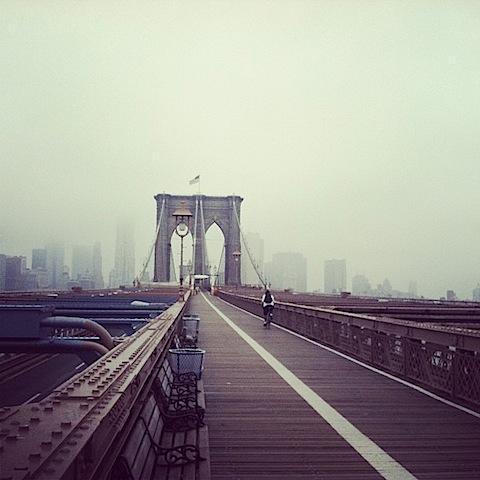 And for some reason, itâ€™s even better in the fog. It forces you to take things one step at a time and not get ahead of yourself. And then, all of a sudden, the skyline pops up in your face and you fall in love all over again.

If youâ€™re training for anything (life included), itâ€™s always good to challenge yourself with some hills, and the Brooklyn Bridge provides that.

Itâ€™s the perfect length for a hilly tempo.

Warm-up/cooldown: I liked to start at Battery Park (because it was close to my apartment) and run up Broadway to the bridgeâ€™s entrance. It was about a mile, so it was the perfect warm-up and cooldown.

You might get caught at a light waiting to cross (donâ€™t jaywalk here! Itâ€™s a sort of blind intersection), so hereâ€™s a great place to sneak in a little Propel before you start the real workout. Iâ€™m usually all for the bottle after/during a class or training session, the squirt drop Liquid Enhancers at work, and the Propel Powder powdered mix-ins for a run, because I can just add them to my handheld on the go. 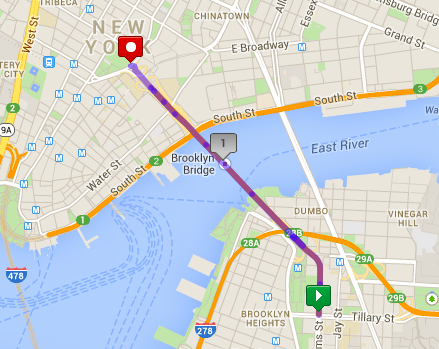 From the very beginning of the bridge to the end of the path in Brooklyn, itâ€™s about 1.5 miles. Run as fast as you can uphill. Youâ€™ll hit a plateau for the middle third and be tempted to slow down. Donâ€™t! (Youâ€™ll probably want to guzzle some Propel here, though.) Push through – thereâ€™s a sweet downhill coming up. Ride that baby downhill, and turn around and do it all over again. Drink up at the end! 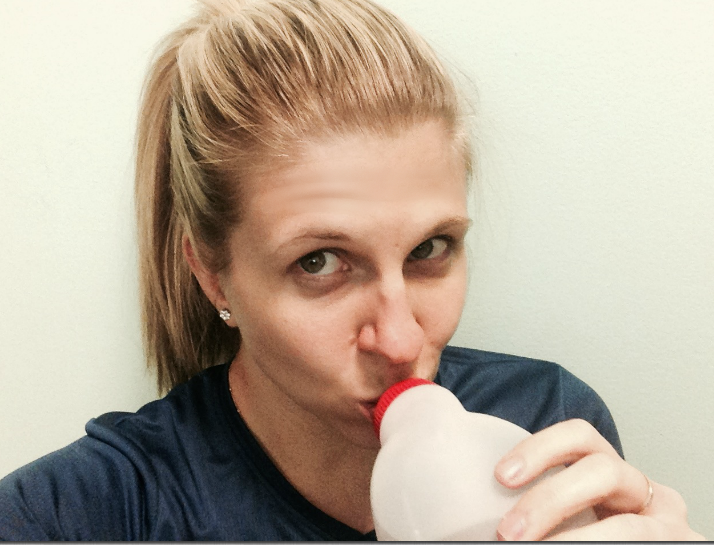 Make sure you do it early in the morning, before itâ€™s swarming with tourists. This will also keep you from running hills in the heat of the midday sun. Also, STAY IN THE PEDESTRIAN LANE! (That will be the right side Brooklyn-bound, and the left side Manhattan-bound.) You know, unless you want to get run over by a cyclist.

No matter when you run, donâ€™t forget your Propel!

This site uses Akismet to reduce spam. Learn how your comment data is processed.

Hi! I'm Theodora. I started this blog to talk about weight loss, but now I talk about mental health, grief, fitness and how diet culture is BS. I'm real fun at parties.

Chicago Marathon 2010!
NYC Marathon 2011!
Marine Corps Marathon!
It's Okay to Ask for Help.
My Running Story
How I Started to Love Yoga